Julain Joseph featured the opening track from Rejoicing Blues - Richard's composition 'Curiosity' on his show Jazz-Line Up on Sunday 5th Jan. Here's what he said: "Kairos Ensemble released their fourth album called Rejoicing Blues and yet again these four longstanding friends who met as music students gel into a dedicated and committed ensemble..."

The show is available to listen to on BBC iPlayer until this weekend - we're on right at the end! Thank you Julian!

Hi, its Richard here, I thought I'd take a minute to tell you why I'm so pleased with our new album. 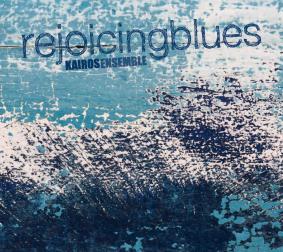